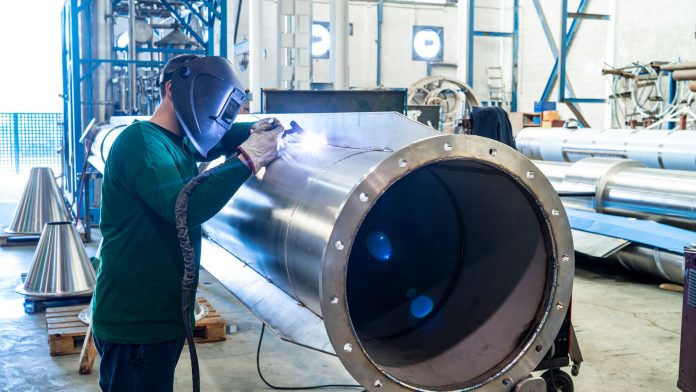 Everywhere around us, improving technologies are changing the way we live and work. It’s also changing how we communicate with friends, family, and neighbors. Many people automatically think that the rapid pace of new technological innovation only happens with electronics like computers and cell phones. However, technology is rapidly changing the energy industry in the United States and across the world as well. Everything from sensors and monitoring equipment to concrete and steel.

As a result of these technological innovations, the way people use and interact with energy is changing. We now have traditional fuels like oil and natural gas helping power alternative and renewable energy sources like solar, wind, and hydropower. Not to mention the exciting prospects of battery storage, renewable natural gas, CO2 capture and utilization, and hydrogen that are attracting substantial investment due to the ability to reduce emissions now and set the foundation for large-scale commercialization.

With all of these changes taking place, many people wonder what the future holds for traditional energy like oil and natural gas, and the critical energy infrastructure that produces, refines, and delivers this energy for end-users across the country.

Through the Looking Glass

Many groups and agencies from the U.S. Energy Information Administration (EIA) and the International Energy Agency (IEA) to the Organization of the Petroleum Exporting Countries (OPEC) have analyzed what future energy consumption trends look like. All of them agree that the world will require more oil and natural gas than what is produced today – and the investment in production and infrastructure that goes along with it – to meet the ever-growing demand.

You might be wondering where all of this oil and natural gas will be used if companies like GM, Ford, and Chrysler have pledged to become rivals of Tesla, removing internal combustion engines and replacing them with electric motors by 2035? Or maybe you’re thinking of all of the electrification mandate bills removing traditional fuels that are popping up across the country – perhaps even one in your city.

Let’s start with the transition of the automotive sector from gasoline and diesel-powered cars to battery electric vehicles. Today, there are over 250 million registered cars and trucks on America’s roads. Less than one percent of these vehicles are electric. Through innovation, internal combustion engine vehicles have longer average lifespans than vehicles made just a decade ago. Because of this and other consumer behaviors, people are keeping their vehicles for an average of 11.9 years. As a result, families and businesses keep vehicles longer, and the turnover of the nation’s vehicle fleet proceeds at a slower pace. Specifically, for businesses, that means it would take an estimated 15 years to turn over the existing fleet. Assuming all vehicles sold by 2035 are electric, vehicles with internal combustion engines will remain on the road until at least 2050. This does not take into account consumer actions and rising vehicle costs. According to a recent Kelley Blue Book report, the average price of a new car reached $46,000 – an all-time high.

Let’s look more closely at your standard electric or hybrid vehicle for a minute. Plastics, which are made out of petrochemicals, make up close to 50 percent of a vehicle’s volume, but only 10 percent of its weight. Automobile makers utilize polymers to enhance structure, performance and safety, which comes from reducing the weight of the vehicle allowing for better mileage. In fact, the current market for plastics in electric vehicles is valued at $966 million and is projected to grow to $4 billion by 2027 – almost a decade before the Big Three plan to manufacture only electric vehicles.

That generally covers the dynamics of the vehicle market, but it is important to remember that only a fraction of traditional fuel is used to power vehicles. So, what is the rest of it used for as it concerns emissions?

Electricity and heat. Currently, fossil fuels represent 60.6% of utility-scale electricity generation – or roughly 2,427 billion kilowatt-hours. That excludes the 58% of homes that utilize natural gas and 8% of homes that required petroleum-based fuels like heating oil, kerosene and liquefied petroleum gas that most people use in the form of propane. If you run the percentages compared to the number of homes in the U.S., you’ll understand how that reliance will continue – especially with the average duration of individual homeownership at roughly 13.3 years and the long-life span and efficiency of well-engineered boilers and HVAC systems.

Transportation, electricity and heat are the top focus of policymakers and anti-energy groups for new mandates and legislation, but oil and natural gas touch everything from power generation to being key components in almost every product we use throughout our day. From the plywood and paint that turns houses into homes to the LCD screens on our electronics and plastics in our cars that provide us our quality of life.

Since oil and natural gas demand will continue to increase, pipelines and related infrastructure like compressors or pumping stations will be needed to meet our demand for transporting energy. And, the 2.6 million miles of pipelines deliver 99.999 percent of their products in the safest, most environmentally responsible way possible.

And, throughout the past few decades, we have seen pipelines across the country being converted from carrying liquids to gas and vice versa to ensure families and businesses have access to the right energy where and when it is needed. However, in the coming decades, as research progresses in alternative fuels like hydrogen, CO2, renewable natural gas, renewable diesel, and other biofuels our energy infrastructure can be used to transport new fuels or feedstock’s for the industry.

This is where the current conversation around pipeline infrastructure needs to evolve. While it is a top priority by anti-energy advocates to stop the continued development and use of fossil fuels, it also decreases our ability to adapt quickly to new fuel sources in the future that can help drive down emissions. That’s because before a pipeline can even be built, it can take years to design, map, site, permit, and construct. Now with lawsuits, protests, and rulemaking issues, it can take even longer. If we want to be prepared for these alternative sources, it will be imperative that we continue to build out and support the upgrades of this infrastructure.

As we saw earlier, technology continues to march on. And, although we will continue to rely on oil and natural gas for the foreseeable future, our substantial investments in existing pipeline infrastructure can help us continue our energy evolution.