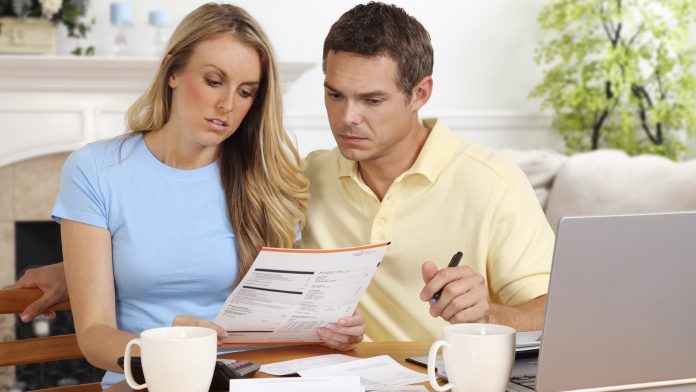 Consumer Energy Alliance Releases Report Highlighting the Economic Harm that a Line 5 Closure Will Have on Midwestern Families, Businesses and Industries

LANSING, MI – Shutting down the Line 5 pipeline, the reckless proposal pursued by Michigan Governor Gretchen Whitmer, would force families, businesses and industries in Michigan, Ohio, Indiana and Pennsylvania to pay more than $5.8 billion more for transportation fuel every year, according to its latest independent third-party analysis commissioned by Consumer Energy Alliance (CEA).

Weinstein, Clower and Associates examined the impacts that a Line 5 closure would have on the region and found that shutting down this critical infrastructure would have a devastating impact on the supply of transportation fuels in regional markets, and hurt petrochemical refiners that rely on the pipeline to safely and efficiently deliver feedstock. Such a supply shock would create significantly higher gasoline and diesel prices for Midwestern families and businesses, who will spend at least $5.8 billion more every year on transportation fuels, or $29.2 billion more over five years due to the resulting loss of production at area refineries.

“At a time when consumer prices are rising at their fastest pace in more than 40 years, and Americans are suffering from the highest gasoline prices in over seven years, choking the region’s fuel supply by closing Line 5 would be economically ruinous,” CEA Midwest Director Chris Ventura said. “Midwestern families are already struggling to pay their bills, with many on fixed incomes or living below the poverty line having to choose between putting gas in their tank, buying groceries, or filling their prescriptions.”

Ventura added, “From an environmental perspective, the proposal is just as careless. Line 5 hasn’t leaked in the Straits during its 68-year history, and it is inarguably the safest, most reliable method to transport the fuel our region needs. Recklessly raising energy bills on families and businesses by disrupting their fuel supplies – notably oil and propane – while harming the economy and the environment is irresponsible, especially when solutions like the Line 5 Tunnel Project have been proposed.”

Concerned about how a Line 5 closure would hurt manufacturers in Ohio who depend on the pipeline for feedstock Ohio Manufacturers’ Association President Ryan Augsburger said, “The Buckeye State and its number one industry — manufacturing — have much riding on the high-profile energy battle initiated by Michigan’s leaders. Undoubtedly, closure of Line 5 would be an economic disaster for our region and the industries that depend on this vital resource. The OMA strongly supports the uninterrupted operation of the pipeline, especially at a time when Ohio businesses and families continue to experience soaring energy inflation.”

Commenting on the job loss that would result in Ohio from shutting down Line 5 United Steelworkers District 1 Director Donnie Blatt said, “The USW is committed to advocating for a safe, clean environment. But we believe that does not have to come at the cost of the jobs of our members, and our communities. Families and businesses across the Midwest should not be asked to bear the brunt of what could amount to a $29.2 billion increase in gasoline and diesel costs over the next five years when a viable solution exists. The Great Lakes Tunnel Project will safeguard jobs, the economy, and the environment, at no cost to the taxpayer. We urge our members, communities, and legislators to support the construction of the tunnel, and the continued operation of the existing Line 5 pipeline until it has been completed.”

Ohio Chemistry and Technology Council President Jenn Klein added, “Ohio’s chemistry industry is the 3rd largest in the nation. If the line 5 pipeline is shut down, we could see skyrocketing costs for transportation fuels as well as petrochemical feedstocks that we use to produce thousands of commercial and consumer goods. The potential job loss and inflation that would result from this closure will be devastating.”

Responding to how choking the Midwest of fuel supply will hurt the trucking industry and raise inflation even further, Ohio Trucking Association President and CEO Thomas A. Balzer said, “In today’s extremely stressed supply chain, any changes to the inputs will have a devastating impact on the outputs. Increases in fuel costs are already at historic levels, driving up the costs even further will be directly felt by everyday Americans. Shutting down Line 5 will not only be felt by the trucking industry but will continue to increase the inflation consumers are already experiencing.”

Ohio Chamber of Commerce President Steve Stivers added, “The United States cannot afford to relinquish its hard-earned spot as one of the world’s largest producers of oil and natural gas, but this is exactly what is at risk with actions such as revoking energy infrastructure like Line 5. Domestic energy production and refinement is more important now than ever in the wake of the Russian invasion on Ukraine. The Ohio Chamber of Commerce will continue to support affordable, domestic, reliable energy that businesses across Ohio and the country rely on, while ensuring it is transported in the most environmentally responsible way possible.”

Noting how shutting down Line 5 will unnecessarily burden Michigan’s small business and economy Small Business Association of Michigan President and CEO Brian Calley said, “As small businesses work to overcome inflation and staffing challenges, the last thing they need is to be burdened with additional costs that a Line 5 shutdown would bring. This report once again shows how reckless the politically motivated nonsense around shutting down Line 5 would be for our economy, our small businesses and all of our residents.”

David Rhoa, President of the Marana Group added, “Shutting down Line 5 will be a gut-punch to small business owners across our state at a time when they are struggling to recover from two years of pandemic restrictions. Fuel costs for my company’s fleet of vehicles have increased by more than 50% in the last year. A Line 5 shutdown would add to the significant inflationary pressure small businesses like mine are already under, further increasing costs during an already difficult economy.”

Remarking on how disruptions in Michigan’s fuel supply will be felt by Michigan’s manufacturers, residents and businesses, Operating Engineers 324 Business Manager Douglas Stockwell said, “Carrying out the vital work of rebuilding Michigan’s infrastructure requires skilled labor, heavy equipment, and the materials and fuel to make them run. Line 5 is essential to that fuel supply. Any disruption to that supply or its costs will be felt by the residents and businesses that are relying on this work, and by the jobs it supports. Line 5 is necessary to rebuild Michigan, and to the skilled labor accomplishing it.”

Observing how Line 5 is critical in meeting Michigan’s energy needs and protecting our environment, Mark High of the Canada – United States Business Association said, “This is a time to encourage and enhance our cross-border cooperation on trade, not erect barriers to it. Rail and truck transportation by themselves are not enough to meet the energy needs of American and Canadian consumers. Modernizing our energy infrastructure, like the proposed Line 5 Tunnel Project, will both preserve our economies and protect our Great Lakes environment.”

John Dulmes, Executive Director of the Michigan Chemistry Council added, “Line 5 is a critical part of our regional energy infrastructure, and it remains the safest and most effective way of transporting energy products essential to our economy. Given the incredibly fragile state of our supply chains and workforce, there are just no feasible alternatives, and so we encourage policymakers to work to make a safe pipeline even safer.”

Commenting on how closing Line 5 would harm Pennsylvania’s critical fuel supply needed for refineries and commercial travel President & CEO of the Pennsylvania Manufacturers’ Association David N. Taylor said, “America’s energy infrastructure is the circulatory system of our economy. Even though Line 5 runs through the Straits of Mackinac, the petroleum that it delivers via Ontario feeds our refineries in northwestern Pennsylvania and fuels the airport in Pittsburgh. The governor of Michigan has no right to violate America’s formal trade agreements and treaties with Canada or to interfere with commerce between the states in our country. Line 5 needs to stay open – PERIOD.”

“Michigan may be hundreds of miles away from Pennsylvania, but any decision to shut down critical pipeline infrastructure there could have a resounding and punishing effect on fuel prices and consumers’ pocketbooks here,” said Kurt Knaus, spokesman for the Pennsylvania Energy Infrastructure Alliance, a statewide coalition that advocates for the safe, responsible development of pipelines and related energy infrastructure projects in Pennsylvania. “These pipelines really are the energy superhighways that our states need to deliver the fuels that power every facet of our modern economy. Shutting down Line 5, especially during these uncertain times, would be disastrous.”

Concerned for how the economic impacts of a Line 5 closure will harm Indiana’s businesses and individuals Indiana Chamber of Commerce Vice President of Environmental and Energy Policy and Federal Relations Greg Ellis said: “The Indiana Chamber of Commerce is concerned with the potential impacts on businesses and citizens of the state of Indiana by shutting down Line 5 in Michigan. With inflation at a 40-year high and energy costs rising, increasing fuel prices by billions of dollars across our region – upwards of $270 million per year in Indiana alone –  greatly harms our economic competitiveness.”