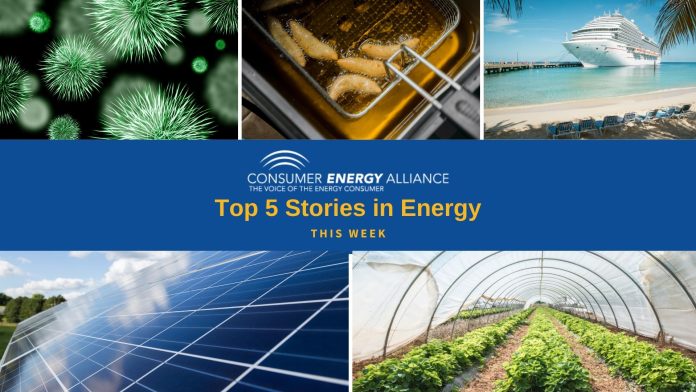 Yesterday the Biden Administration announced plans to release a million barrels of petroleum a day from the Strategic Petroleum Reserve for the next six months in an attempt to lower rising energy costs. However, the move raised eyebrows and sparked questions by energy experts who shared that releasing what amounts to barely 5% of our daily consumption won’t result in a substantial decrease in prices, if at all.

While a loud minority of activists continue to fight against safe and effective pipelines to transport critical fossil fuels, a new report by the U.S. Energy Information Administration found that a moratorium on new natural gas pipelines starting in 2024 would only lower CO2 emissions from all energy sectors and the transportation sector by less than 1 percent by midcentury.

Meanwhile, the Biden Administration announced this week that it will invoke the Defense Production Act to encourage the domestic production of minerals needed to build batteries for electric vehicles and energy storage.

5From waste to renewable energy

The company HomeBiogas is revolutionizing the world of food waste with their new technology that converts food scraps into renewable energy. Forbes reports that HomeBiogas systems utilize methanogen bacteria, similar to those in cow stomachs, to break down organic waste and create clean gas and bio-fertilizer.

Chick-fil-A announced that it will partner with a food manufacturing company to convert its used cooking oil into cleaner-burning renewable transportation fuel. The Hill reports that this year, the project is estimated to produce over 700 million gallons of renewable diesel, which can reduce greenhouse gases by as much as 85 percent.

Atmospheric water generators can pull water from the air by harvesting water vapor from the air and condensing it into liquid. Brighter Side of News reports that the devices hold a lot of promise for providing an independent source of drinking water in drought-stricken regions as well as residences and commercial buildings in the developed world.

The world’s largest electric cruise ship has made its maiden voyage in China. Powered by a massive 7,500 kilowatt-hour marine battery, the ship will go into commercial operations from next month, being used mainly for sightseeing trips. E&E News reports that the Yangtze River Three Gorges 1 electric cruise ship can carry up to 1,300 passengers, travel for around 100 kilometers on a single charge, and save around 530 metric tons of fuel.

In Barcelona’s Sierra de Collserola Natural Park, a group of architecture students recently built a prototype for a solar greenhouse that can grow its own food and produce its own energy. Fast Company reports that the greenhouse only uses about 50% of the energy it produced and that the concept can be replicated across city rooftops and refugee camps, where basic needs like food and energy are harder to meet.