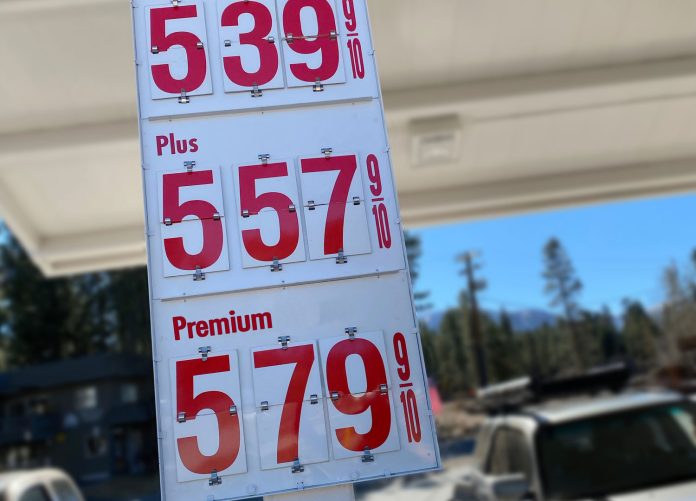 The White House would have you believe that the 180 million barrels of oil President Biden ordered released from the Strategic Petroleum Reserve (SPR) is a big deal.

Prices at your local gas station are calling MA-LAR-KEY on that!

Here’s why. The 180 million barrels of oil is a little more than nine days of U.S. daily oil consumption. We consumed an average of 19.8 million barrels a day in 2021, according to government data.

Now, let’s put that in a global context, which is how the markets view it.

The world consumes about 86 million barrels of oil a day, which means that’s not even enough for two days.

Just like before, the markets moved downward on the news of another SPR release. Time will tell, but prices trended upward after the other two.

Unfortunately, the whole exercise is a day late and a dollar short – because even though President Biden bragged about a “record” release, it’s still a drop in the global oil bucket.

After the first release in November of 2021 (long before the war), and now with this latest release, we will have drained our reserves of more than 242 million barrels – roughly one-third of the SPR – in the last five months. Notably, not for any real emergency other than falling poll numbers. Spokeswoman Psaki will have you believe that the Administration is doing everything it can, yet it still hasn’t restarted Federal Lease sales and continues to scare investors from funding oil and gas projects.

At this pace, we’ll drain the SPR by the beginning of 2023. Then what? With production down in the U.S. and White House efforts afoot to keep it that way, how will we meet demand and refill the SPR for the next crisis?

For a picture of what America would look like after its oil and gas industry is hobbled, just look to Germany or the UK, which pursued impractical carbon reduction programs that heaped huge prices on increasingly angry voters. Then evaluate what they pay per kilowatt hour – a number that even inflation might find aghast.

The Ukraine invasion demonstrated just how vulnerable that made their national security and economies, and the White House wants Americans to willingly follow that path. There’s a bigger disconnect here than between a head and a guillotine.

A third SPR release is tripling down on the same bad bet again, and it’s gambling with our money, our economy, and our national security. A bad bet is a bad bet, and the house always wins.

The easy answer is here. It’s time to open up Federal Leasing. This last year has shown Americans why an inclusive energy policy led by conservation, efficiency, and new technology is the way to help the environment and the people here in the United States and abroad.

Want to learn more about the Strategic Petroleum Reserve, where and why it started? Click here.

Watch here as Jen Psaki claims the Administration is doing all it can as they continue to ignore Federal Leasing.