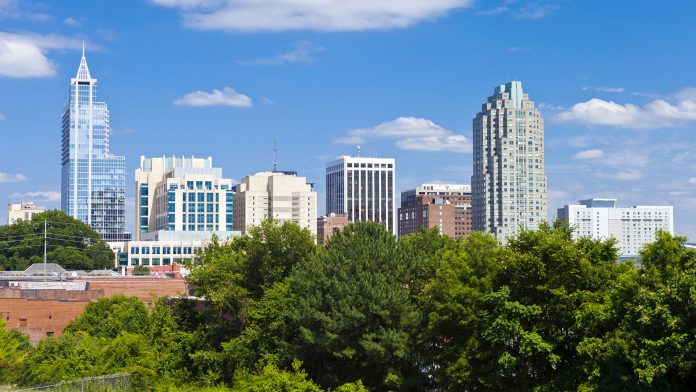 Raleigh, NC. – Given that North Carolina remains one of the nation’s largest energy consumers, the fact that statewide emissions have fallen by as much as 92 percent since 1990 is a fantastic achievement, according to a Consumer Energy Alliance (CEA) analysis released today.

This historic and underreported trend comes as organizations and outlets continue to disregard the significant work that has been done across the country, and in North Carolina, to reduce emissions. This analysis demonstrates that we can have energy production, expanded pipeline infrastructure, and create sound environmental stewardship at the same time.

This number is noteworthy as the state has no significant production, but has continued to be the fourth highest state in the nation in residential electricity consumption. The state also grew its gross state economy by 305 percent and boasted the largest manufacturing workforce in the southeast, and the 8th largest in the United States – employing more than 460,000 workers.

This is a critical factor in the data from 1990-2017 that CEA examined, which show North Carolina’s emissions of key pollutants have decreased across the board, with a:

Further, these trends occurred natural gas has been primarily responsible for powering the state with 30 percent of electricity generation statewide relying on natural gas, and with one in four North Carolina homes relying on the fuel for home heating.

“What we’ve seen in North Carolina is a leading example of the national trend that even though population, economic activity and electricity use have grown significantly, emissions are down across the board,” said Kevin Doyle, Vice President of State Affairs for CEA. “This is a factor of advanced technology, energy efficiency and the dedication our communities have to uphold our state’s environmental standards.”

This analysis follows CEA’s Energy Savings Report for North Carolina, which found that families, small business and manufacturers across the state saved almost $12 billion thanks to low-cost energy over the past decade. The analysis details how the state achieved those feats despite having no significant in-state energy production while facing substantial demand from consumers.

On average, each resident of North Carolina spent $2,992 to meet their energy needs in 2017. With 14 percent of the state’s population living at or below the poverty line, this translates to almost one in every four dollars of their income going toward energy expenses.

About Consumer Energy Alliance
Consumer Energy Alliance (CEA) is the leading consumer advocate for energy, bringing together families, farmers, small businesses, distributors, producers, and manufacturers to support America’s environmentally sustainable energy future. With more than 550,000 members nationwide, our mission is to help ensure stable prices and energy security for households and businesses across the country. CEA works daily to encourage people across the nation to seek sensible, realistic, and environmentally responsible solutions to meet our energy needs.