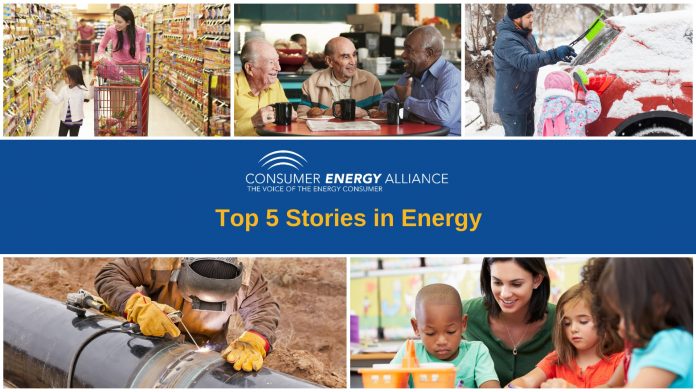 This week, exciting headlines included a police chasing a man in a lobster truck after he snapped up $10K in stolen product, the final chapter of Star Wars was released, and Donald Trump has been impeached by the House. While these stories definitely kept us on the edge of our seats, we wanted to bring you our favorite energy headlines. In case you missed last week’s, check them out here.

A Canadian duo dug into the toothpaste waste problem that the majority of consumers had not thought of as an issue. Together, they created one-time-use tablets to ease up on the toothpaste tubes landing in dumps across North America. New Atlas dives into the details of the project here.

In 2011, incentives to consumers to buy electric vehicles was introduced, and was predicted to put one million EVs on the road by 2015. That plan did not succeed, and we still see that less than 2% of vehicles on the road are electric. Consumers site that high price tags on the vehicles themselves, and a considerable lack of charging infrastructure are reasons they’ve avoided jumping on the EV bandwagon. Forbes covers the rest of the story here.

3A smart transition to 100% renewables does need gas production

2019 is year that a majority of politicians and multiple country governments moved toward a clean energy plan. This is an awesome, but lofty goal. As technology allows for cheaper ways to implement renewable energy, it goes without saying that we can get to this goal; remember that slow and steady wins the race. Utility Dive marks exactly why a slow transition is necessary here.

2Climate guilt is real – but what can you do about it

The news media’s doom and gloom reporting on climate change creates more fear to an issue that feels unattainable to the average person, but offers no real solution or idea on what the average person can do to make a difference in areas of their lives. Instead of the Doomsday perspective, The World Economic Forum found unique ways people can do the things they love, while they also helping the environment. Running and trash collection, anyone?

It’s not just a catchy lyric in a Beyoncé song, it’s happening in real life. Science, technology, engineering and math – better known as STEM (or STEAM,) has often garnered more boy students than girls. For decades the fields that derive from STEM subjects have more males employed amongst their ranks. That is starting to change as schools, organizations and festivals work to attract more girls into these subject areas. The latest impact of this movement was seen recently at the latest competition where girls won all of the top competition prizes. Beyoncé might step “to the left, to the left” for these girls.