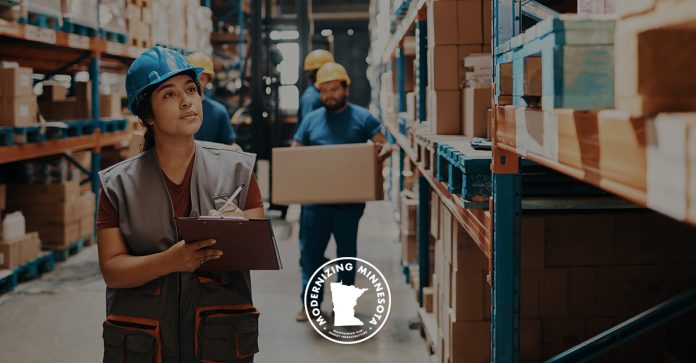 There are few things that bring vulnerabilities out into the open like a crisis. Unfortunately, the coronavirus pandemic is no exception. In addition to the loss of human life and a pummeled U.S. economy, there is evidence almost everywhere you look that the pandemic has hit this country’s supply chain harder than many of us would have imagined possible.

There’s no doubt that the innovation with which U.S. manufacturers have responded to the pandemic is inspiring. Across the country, manufacturers are figuring out ways to pivot, very quickly, from motor oil, which is less in demand since so many of us are staying at home, to hand sanitizer, which is more in demand than ever thanks to COVID-19.

To make these switches and to provide the country what it needs, it’s crucial that those manufacturers continue to have access to forms of energy that are affordable, accessible, and have an indisputable track record for getting the job done. As was the case after the Great Depression in the 1930s with the Works Progress Administration, energy is the muscle that helps drives economic recovery. As this video demonstrates, energy is a key player when the economy rebounds. And it needs to be a key player as we strive to recover from the economic crisis we’re in the midst of right now, by making our supply chain as robust as possible.

Given the history and current state of the American supply chain, its inability to stand up to the pandemic should hardly come as a surprise. Simply put, the U.S. supply chain is no longer in our great industrial cities, such as Pittsburgh, Cleveland, and Detroit. It’s in places like China, India, and Taiwan.

Looking back, the phenomenal amount of growth the U.S. experienced in the twentieth century confirmed our standing on the global stage. That ascension began as a concept, with a vision of our own manufacturing processes. It was then brought to life by building infrastructure powered by various forms of energy, which for many decades, supported numerous industries as well as America’s economic might.

Technology changed everything. American industry continued to innovate and evolve; the free-market economy gave rise to a global economy, much of which takes place far beyond American shores. Often, with cheaper raw materials, labor, and production costs in places like Cambodia and Bangladesh, manufacturing overseas is cheaper overall. This puts the onus of making things for Americans on manufacturing plants in other countries. As COVID-19 has shown us, it also puts us in a bind when there’s an emergency.

Earlier this year, much of the world went into a strict lockdown. But in the U.S., where we cherish our civil liberties, completely shutting down has been much more challenging. Also challenging for many was the sudden, often harsh realization that not everything we needed and wanted was available. From ventilators and personal protective equipment (PPE) to testing materials and medications are great examples of where we saw some of the most vital international supply chain failures.

What do you mean we don’t have tests? Where are they? Who is hoarding them? Isn’t this America? Who exactly is running this country, anyhow?

The fact of the matter is that answering any of these questions takes up more characters than Twitter allows, and requires more time than what’s typically allotted on a typical news program. They’re called supply chains for a reason. While some may think of a supply chain only from a shipping standpoint, much of the goods we use are part of a larger supply chain, which includes not only the transportation and shipping element but also the manufacturing and the retail portion as well.

Like many things, all of the examples listed above include raw materials and components from around the world. Unlike the U.S., many countries shut down earlier and often, into complete lockdown. The subsequent unavailability of these products led to a state of confusion and panic we haven’t experienced in a long while, one we’ll hopefully learn from to better respond to the next pandemic.

Let’s give our supply chain the energy it needs

In the meantime, now would be a great time to resist the urge to turn everything into a political contest. Regardless of presidents, parties, and even policies, it’s more important than ever to make sure that the manufacturers who still produce essentials right here in the U.S. have the energy they need. So they can pivot from making car parts to making ventilators or motor oil to hand sanitizer, both of which are stellar examples of ingenuity at its best, and one that reminds us that we must not lose sight of the importance of energy.

And for now, that energy needs to be from proven sources that have stood the test of time. While it would be short-sighted at best to discontinue exploring how new forms of energy might be used in the future, now is not the time for experimentation. There’s a global crisis in progress and more uncertainty of the horizon on the horizon. The American supply chain must be properly energized to respond accordingly.