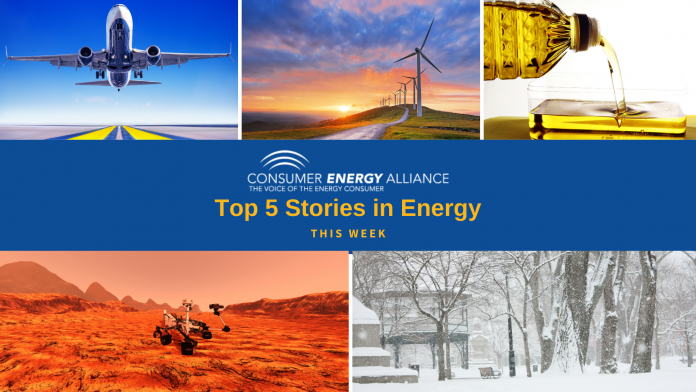 This week the Senate voted to confirm North Carolina environmental regulator Michael Regan to serve as administrator of the Environmental Protection Agency.

As the Texas power regulator voted to remove about $1 billion in service fees levied on grid users, the  Biden administration completed the final environmental review of Vineyard Wind, the nation’s first large-scale offshore wind farm, which would be located in Massachusetts.

Meanwhile, oil soared near $70 a barrel on Friday, supported by production cuts by oil producers and optimism about a demand recovery later in the year. And analysts reported on sustained higher oil prices being expected to spur higher U.S. oil output this year.

Finally, in a dispute over whether PennEast Pipeline Co. LLC can seize land from New Jersey to construct a pipeline, the U.S. Justice Department sided with PennEast, arguing that states must observe the eminent domain law allowing permit holders to take necessary property for infrastructure projects approved by federal regulators. Now we will wait for the Supreme Court to hear the case.

With so much energy news happening, be sure to check out our five favorite stories!

A prototype of a full-scale, two-passenger aircraft that will make its first flight in 2022. While hydrogen-powered aircraft have been viewed with skepticism, Robb Report shares how a team of students in the Netherlands plans to fly the world’s first aircraft with liquid-hydrogen fuel cells in July.

Everyone loves learning more about our favorite red planet – Mars! Energy Matters explains how NASA’s exploration rovers were able to stay on the planet’s surface longer because of their solar power, which allowed them to send back data on the surface and the geology of the planet.

U.S. wind power capacity has tripled over the past 10 years, and now it’s projected to double in the decades ahead. CNBC reports on how wind energy is now America’s top renewable source of electricity generation and its role in the future.

2Texas deep freeze impacts those outside the state

Last month’s deep freeze in Texas has started to affect people living hundreds of miles away. The Associated Press analyzes how some are warning that monthly heating bills could spike, after the crisis increased natural gas prices across the country, while others may see surcharges for the next two years.

1Could cooking oil fuel your next flight