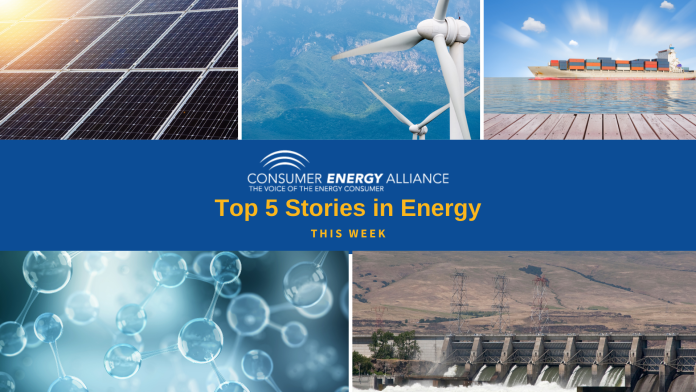 This week OPEC declared itself the big winner in the global energy transition and predicted the Middle East will ship 57% of the world’s crude exports by 2045.

Meanwhile, U.S. gasoline prices are approaching 10 year highs with American families paying $20 more per fill-up than they were 12 months ago. U.S. gas prices have risen by as much as 50 percent since the start of the year.

At the same time, the French government, after seeing surging energy prices, announced it will block any new increase in regulated natural gas tariffs for households and cut taxes on electricity to temper discontent as prices surge before their April 2022 presidential election.

And in Russia, Putin ordered a review of threshold for tapping sovereign fund after the finance ministry said lower oil demand could hurt Russia’s budget and economy.

Check out the top five favorite stories in energy this week below!

A global solar panel supply bottleneck is creating problems for New Mexico’s plan to abandon an aging coal-fired power plant next year and raising concerns the state may be unable to keep the lights on as it transitions its electricity sector. Reuters reports on how this prompted questions from state officials about whether the coal plant might need to keep operating beyond its scheduled retirement date.

4The cargo ship that runs on wind

Can you imagine goods from another continent being transported on a sturdy sailing vessel using only wind power? Wired describes how these new ships will be able to carry 1,100 tons of cargo – around 10  times the capacity of the current largest sail cargo boats in operation.

3New efforts to bring hydropower from Quebec to NYC

Germany’s economics and energy ministry announced an ordinance to allocate areas for the production of green hydrogen in Germany’s exclusive economic zone (EEZ) in the North Sea. Recharge breaks down how this rule creates the opportunity to test H2 output from offshore wind power.

HDF Energy has started construction of the world’s first multi-megawatt hydrogen power plant and the largest green hydrogen storage of intermittent electricity sources. Power Engineering International shares how the plant will use local sources of clean energy to supply 100% renewable power to 10 000 households at a lower cost than the diesel power plant.