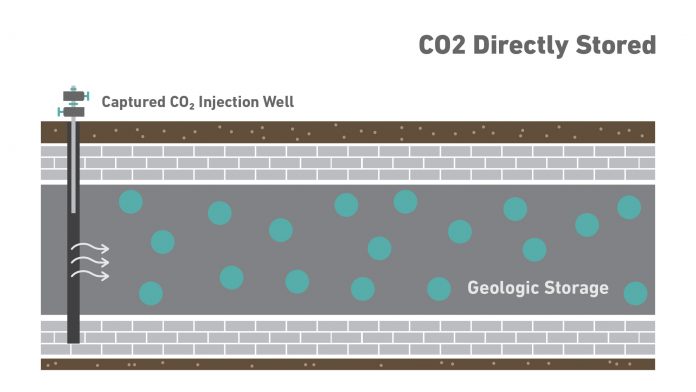 In the most recent analyses, Wood Mackenzie, the International Energy Agency, and OPEC+ all gave their long-term growth projections for oil and gas development. Wood Mackenzie and the IEA both created modeled scenarios depending on the implementation and deployment of new technologies while OPEC+ took a more traditional approach. All of them acknowledged near-term growth and an eventual plateau but varied on the decline into 2050.

Why are these numbers significant? Because it’s not clear what model will be followed nor how quickly some countries will be able to implement new technologies as they try to insulate their people from price shocks like we’re seeing now with gasoline and electric prices.

Despite the changing energy landscape, it will be important to have backup fuel sources to continue to run the economy until these innovations come to fruition. In our quest to meet net-zero climate goals, some energy producers are looking at ways to maximize their current operations to not only allow the U.S. to have energy security but also to cut back on emissions. Their answer? Enhanced Oil Recovery, or EOR, in combination with Carbon Capture Utilization and Storage (CCUS). 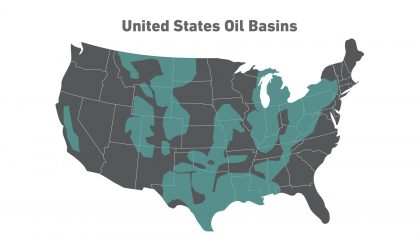 While it takes more CO2 to produce a barrel of oil than the actual oil emits when it is burned, using captured industrial CO2 in combination with EOR results in oil production that is net-carbon negative. We know that the U.S. will still need fossil fuels as we evolve our energy mix. If there is a way to produce these fuels that are net-negative and keep the U.S. on pace to meet our environmental goals through carbon neutrality, we should work to meet that efficiency goal.

One of the easiest ways to start fighting air emissions is by tackling them at their source.

Some might argue that instead of wasting time trying to extract more oil from a well that you could just save time and start drilling a new one. Outside of the cost and production of tapping a new oil reservoir, EOR helps producers to utilize an existing resource – tapping into the same well for the third time.

That’s because crude oil development and production can include up to three distinct phases: primary, secondary, and tertiary (or enhanced) recovery. During primary recovery, the natural pressure of the reservoir, or gravity, drives oil into the wells bringing the oil to the surface – producing roughly 10% of the oil in place. Secondary recovery extends a well’s productive life by injecting water or gas to displace oil, resulting in the recovery of 20-40% of the original oil in place.

Current technology has helped extract most of the easy-to-produce oil in these wells, leaving producers to use tertiary recovery – EOR — a method that offers the prospect of producing 30-60% or more, of the reservoir’s original oil in combination with carbon capture and storage. With roughly 969,140 oil and natural gas wells in the U.S., according to the Energy Information Administration (EIA), this leaves a lot of opportunities and offers an efficient solution that maximizes existing resources.

Many experts look to this as one of the best alternatives for dealing with carbon emissions. The industry has already proven it can safely inject CO2 into geologic formations. EOR currently accounts for helping store 9 million metric tons of carbon, equivalent to about 80 percent of the industrial use of carbon dioxide every year.

Another way to maximize our nation’s current infrastructure and capture CO2 at the source is from commercial-scale Carbon Capture Utilization and Storage (CCUS) that involves the capture of CO2 from large point sources, including power generation or industrial facilities that use either fossil fuels or biomass for fuel. CO2 can also be captured directly from the atmosphere. If not being used on-site, the captured CO2 is compressed and transported by pipeline, ship, rail or truck to be used in a range of applications, injected into newly constructed underground reservoirs or deep geological formations (including depleted oil and gas reservoirs) which trap the CO2 for long-term storage.

There are a great deal of opportunities for improvements at facilities all over the country.

While activists would love to see the complete halt of fossil fuels in today’s society, the current reality just can’t support it. Change is inevitable, but it also has to be done in a way that is equitable, accounts for economic, social, and health impacts, and does not leave our most vulnerable behind. Change also doesn’t happen overnight, and negating the use of fossil fuels is turning a blind eye to the solutions we can work to solve now.

Advocates say that it’s better to have fuel with a lower carbon footprint. While it may seem counter-intuitive, developing more oil and gas through EOR in combination with carbon capture and storage could actually help make progress on climate change.

The teamwork between EOR and CCUS is a chance to help us reach our bigger goal of net-zero emissions, which can only be achieved by helping to reduce the amount of greenhouse gas emissions from the atmosphere – and this is one way to start.

Below is a look at annual CO2 emissions across the country to get a visual idea of how much opportunity exists now to start clearing the air of greenhouse gases.