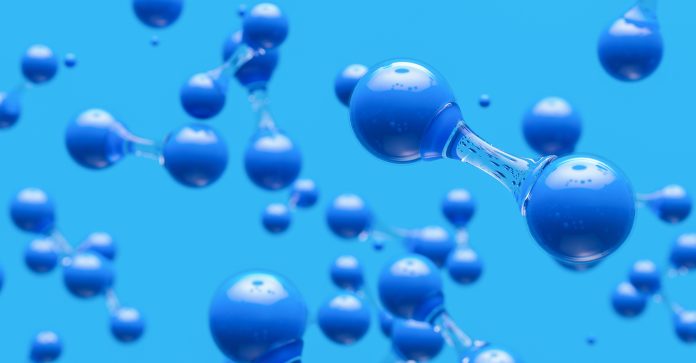 No, this isn’t a cheat sheet for a color wheel in art class; these colors are designated for different types of hydrogen energy production. This helps researchers, energy developers, and the public knows what type of technology was used to produce hydrogen. At the end of the day, all hydrogen is a clean fuel that is colorless, odorless, and tasteless – and when burned with oxygen, produces water vapor. Due to this breakdown, it is considered a “net-zero” fuel source.

Hydrogen, a chemical compound, is the lightest element on the periodic table and is the most abundant chemical in the universe. Hydrogen also creates electricity, water, and heat when combined with oxygen atoms. It is also essential for several functions, including food processing, metal treatment, welding, electricity and fuel – with both of the latter continuing to emerge and evolve.

Because it is clean and abundant in addition to its valuable benefits, it’s no surprise that the United States is determined to use hydrogen as an energy source. Hydrogen energy is primarily used in the American petroleum refining industry to desulfurize fuel and reduce its concentration – often from natural gas, flue gas and coal. It is also used to convert low-grade fuel into low-emission fuels like compressed natural gas (CNG), liquefied natural gas (LNG), or liquefied petroleum gas (LPG).

Other uses include rocket fuel and both small and large fuel cells to power laptops, cell phones, and emergency generators when electricity is unavailable. However, finding ways to transform it into a more prominent energy source is the goal.

At the end of October 2020, there were about 161 operating fuel cells at 108 facilities in the United States, with a total of about 250 megawatts (MW) of electric generation capacity. A fuel cell uses the chemical energy of fuels such as natural or synthetic gas and hydrogen to produce electricity and thermal energy. If fuel cells use hydrogen fuel directly, water is the only byproduct emitted—there is no carbon dioxide and no pollutants such as nitrous oxide. While it would be a great reserve energy source, several requirements still need to be met until we can reach that point.

As of mid-2021, there were roughly 47 retail hydrogen fueling stations in California, with 55 under construction or in the planning stage. Hawaii currently has 1, and the Northeast is currently planning on 14 new retail stations. Even consulting groups like Deloitte estimate that Fuel Cell Electric Vehicles (FCEV) will become cheaper than Battery Electric Vehicles (BEV) and Internal Combustion Engines (ICE) as economies of scale, technological maturity and manufacturing costs decline. Developing or re-purposing pipeline infrastructure will help and analyzing overall costs from rare earth minerals needed in battery technology will also shape new growth in the hydrogen industry.

Advantages of Hydrogen Energy
Hydrogen fuel cells, developed in 1839, are finally becoming a significant component of high-efficiency, zero-emission electric vehicles. When used in conjunction, a fuel cell and an electric motor are said to be up to three times more efficient than an internal combustion engine, according to the U.S. Department of Energy. California is so committed to hydrogen fuel cell electric vehicles that they’re working on getting 1.5 million zero-emission vehicles on California roads by 2025. They’re also planning to expand California’s network of hydrogen refueling stations by 100 throughout the state to support the fuel cell electric cars that are on the road now and to encourage more consumers to consider these zero-emission vehicles.

Since hydrogen is highly combustible, being in an engine would likely raise eyebrows for some. Anti-energy groups against hydrogen often like to scare people about what could happen if there was a wreck – showing pictures of something that looks like an atomic explosion. These claims are made mostly as part of a more considerable effort to stop hydrogen production, but that’s not the case.

Another big advantage is that hydrogen is an abundant renewable resource. Although hydrogen’s extraction process can get expensive, running out of it is far from a concern. In addition to being abundant, hydrogen energy doesn’t emit harmful byproducts and is one of the few available non-toxic fuel sources. Hydrogen has also become the leading energy source to power spaceships for significant companies, including NASA, since it provides more mileage and energy per pound of fuel. In fact, NASA uses the water created after burning hydrogen fuel in their space stations to drink.

While it may take time, hydrogen has the potential to become a part of the mix as a full-time energy source. If America can continue diversifying its fuel to lower its carbon footprint, the development of hydrogen fueling stations and other hydrogen infrastructure will create greater accessibility. An excellent place to start for anyone interested in making hydrogen more widespread in their area is to look up the incentives and laws surrounding hydrogen fuel in your state.

Not sure what the technologies on the chart above mean? Check out our glossary below.

Geological – Hydrogen is released from an interaction of water and rock known as diagenesis during an event called oxidation phenomena that occurs in many different geological contexts.

Electrolysis – The splitting of hydrogen and water molecules using an electric current, also known as electricity.

Gasification – In a pressurized gasifier (a device that converts substances into gas), coal or biomass is combined with high-temperature steam and oxygen to react and form a new gas. The resulting gas contains both hydrogen and carbon monoxide that is then separated through steam once more to extract each element individually.

Natural Gas Reforming – When natural gas is combined with high-temperature steam, a new gas results called synthesis gas containing hydrogen, carbon monoxide, and carbon dioxide. To extract the hydrogen from the synthesis gas, gasification is used. To produce even more hydrogen through this process, the carbon monoxide is reacted with water.

CCUS – Facilitates the production of clean hydrogen from coal or natural gas, and enables a lower cost to do so for current plants through CCUS technologies.

Pyrolysis – The breaking down of methane from natural gas using heat, and decomposes the methane into hydrogen and solid carbon (a neutral GHG).