Did You Say Tunnel? 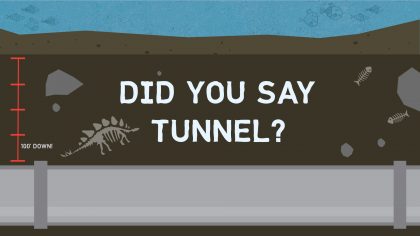 Why, yes we did! As Line 5 makes its way through Michigan, it crosses at the main Strait of Mackinac through two existing twin lines that sit at the bottom of the lakebed before navigating south into the Lower Peninsulas. Since it was built in 1953, the Straits of Mackinac crossing has never leaked.

While Line 5’s strong safety record has been intact for over 65 years, in 2018, a tugboat operator dropped its anchor on the pipeline. Though the anchor didn’t rupture the line – thanks to the thick steel and protective coating – it did nick the coat causing legitimate concerns with locals. Following the strike, Enbridge, the Mackinac Straits Corridor Authority, and other state leaders made a record decision that the new Line 5 should be buried 100 feet under the lakebed to not only protect it from anchor strikes but to eliminate any concern for leaks in the water in the future. By building a tunnel to house new Line 5 infrastructure, it preserves the lakebed and protects the fish and wildlife.