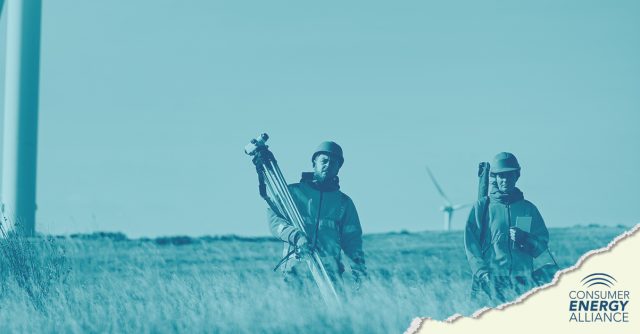 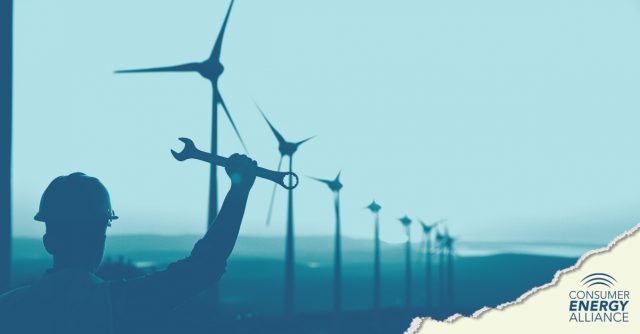 Wind energy facilities generate renewable, domestic electricity that can help address our country’s robust power needs. A single 300-megawatt project could represent more than $300 million in private investment, and developers work to place projects in areas selected to minimize impacts on residents. The build-out of a utility-scale project would typically result in 200-300 construction jobs and significant local spending. Once operational, a 300-megawatt project can create up to 20 new local, full time, permanent jobs. 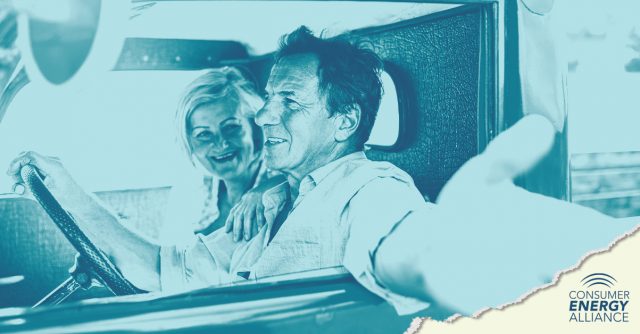 Projects are typically built on private land, if and only if the landowners have volunteered to be a part of the project. Farmers who volunteer to host wind turbines on their private property receive annual lease payments, which can help inject millions of dollars into local economies. In addition, local municipalities, school districts, and fire and road districts can receive millions of dollars annually in new long-term funding over the life of each project. 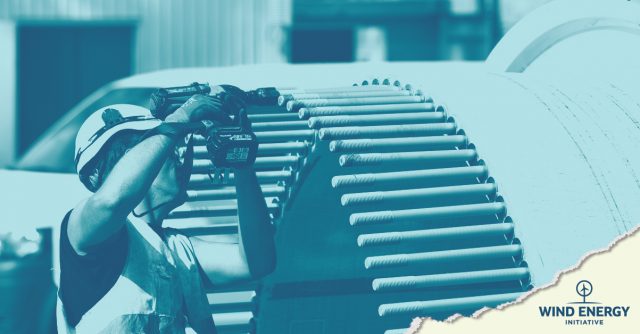 While the national unemployment rate sits at 3.8% – Isabella County in Central Michigan is experiencing one of the highest unemployment rates in the country at 5.5%. But a new wind project being proposed in the county could help bring hundreds of new, reliable jobs to local residents. 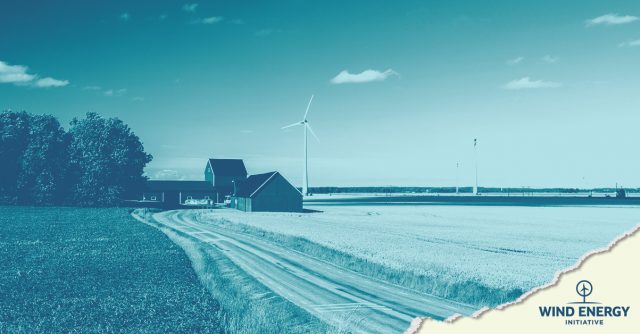 A decision to implement local zoning boards across Isabella townships is a decision to increase property taxes.

Landowners in Isabella County should have the freedom of choice to support wind energy development on their property. Not only is wind a clean and renewable energy resource, it will also bring over $103 million in revenue that will be paid directly to local landowners. 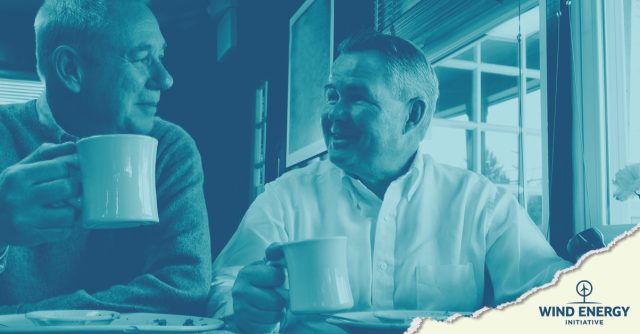 Wind energy will drive 25-30 years of long-term revenue to the local economy each year totaling close to $31 million. These funds will be directed to schools across the townships, local merchants, contractors, and other small businesses.

WIND ENERGY ACROSS THE U.S. CAN HELP LIFT THE COUNTRY INTO A CLEANER, CHEAPER ENERGY FUTURE

Wind energy across the U.S. is already giving the country nearly 6.6 percent of its electricity generation1https://www.eia.gov/state/?sid=NM, and it couldn’t come at a better time to help provide additional sources of power for our nation’s energy consumers.

Currently, more than 56,600 wind turbines are cranking out 97,223 Megawatts of electricity from the bluebonnet fields of Texas to the windswept plains in the Midwest and out to the coastal waters of Rhode Island. All of these turbines combined are helping the U.S. produce enough wind to power just over 36 million homes2https://www.eia.gov/electricity/monthly/epm_table_grapher.php?t=epmt_6_07_b.

With all of this capacity, it is no surprise that the U.S. is home to some of the largest wind farms in the world, helping to make the U.S. second behind only China for wind power, according to the Global Wind Energy Council.

While most of the wind power we currently have is onshore, the state of Rhode Island approved the first commercial offshore wind farm in 2016 called Block Island, which produces 30 MW of wind3http://dwwind.com/project/block-island-wind-farm/. Though this is the first of its kind in the U.S., there have been record-setting federal lease sales for offshore wind development in parts of the Mid-Atlantic which, once they are constructed, are expected to generate roughly 4.1 Gigawatts of power.4https://www.reuters.com/article/us-usa-offshorewind/europeans-sweep-record-u-s-offshore-wind-auction-idUSKBN1OD2DI

Based on current trends, the U.S. Department of Energy projects that there will be roughly 224 Gigawatts of installed wind capacity5https://www.energy.gov/maps/map-projected-growth-wind-industry-now-until-2050 – more than tripling wind production by 2030. If this production is done in conjunction with improvements being made every day to large-scale transmission infrastructure, that will lead to the creation of power for close to 84 million homes, according to our estimates.

Moreover, elected leaders in states across the nation have pledged to move their public utilities to cleaner sources of energy6https://pv-magazine-usa.com/2019/04/23/one-more-state-two-more-utilities-pledge-100-clean-power/.

Fortunately for consumers, costs have come down through these large-scale wind power investments and are expected to come down even further by 20307https://www.nrel.gov/news/program/2017/science-driven-innovation-can-reduce-wind-energy-costs-by-50-percent-by-2030.html. Together with increased, industrial-scale solar energy investments, the U.S. has almost boundless wind- and-sun-powered potential to pair with existing gas and nuclear generation.

This is all great news, and with these kinds of advantages, it might come as a surprise that just like with oil and natural gas projects and pipelines – anti-energy activists continue to try and block clean sources of power like the wind8https://consumerenergyalliance.org/2010/02/not-all-wind-power-created-equal/. No matter how you slice a piece of the energy pie, time is of the essence because demand for energy keeps increasing, and the new charges on customers’ power bills caused by the clean energy mandates are going to come sooner than that.

Wind is already a natural occurrence that is owned by us all, and it should be turned to our benefit as often as possible. With decreasing costs and longer blades, plus the addition of fuel cells and battery storage, large-scale wind – along with oil, natural gas, solar, energy efficiency and conservation – will be an excellent addition to the nation’s mix of clean energy.

That’s something to tell your friends, neighbors and elected officials when the conversation turns to clean, affordable energy choices.

Wind turbine technicians are one of the fastest growing American jobs of the decade.

Energy independence comes in many forms. Unfortunately, Michigan is losing new economic opportunities to states like Texas who are leading the nation in the construction of new supplies of American made energy.

By creating independent planning and zoning boards within the townships in Isabella County will strip landowners of their right to make decisions about their own property?

By saying ‘NO’ to local zoning boards and supporting local wind energy production, you help residents just like you save their hard earned cash and make sure it stays where it belongs—in their bank accounts!

The rapid expansion of the wind industry is due in part to Americans realizing the numerous economic benefits the industry provides to towns where they are built.

LEARN HOW WE CAN BRING JOBS BACK TO ISABELLA COUNTY